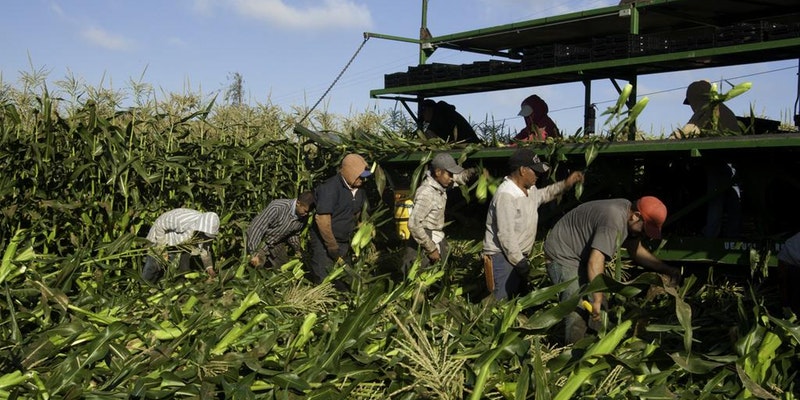 Catherine Fisk is the Barbara Nachtrieb Armstrong Professor of Law at UC Berkeley. She teaches Labor Law, Employment Law, and Employment Discrimination, along with Civil Procedure, First Amendment, and Legal Profession. Fisk is the author of five books and scores of articles. Her recent books include Writing for Hire: Unions, Hollywood, and Madison Avenue (Harvard University Press 2016), and two casebooks: Labor Law in the Contemporary Workplace (2d ed. West, 2014) and The Legal Profession (West 2014). She is also the author of Working Knowledge: Employee Innovation and the Rise of Corporate Intellectual Property, 1800-1930 (UNC Press 2009). Fisk works with students on pro bono litigation, principally writing briefs in federal and state appellate courts on labor and employment discrimination issues, and her pro bono and public service work also includes serving on boards of, and providing advice to, numerous nonprofit worker organizations.

Christy Getz is an Associate Cooperative Extension Specialist in the Department of Environmental Science, Policy and Management at UC Berkeley. A sociologist by training, Christy conducts research and extension broadly related to social justice and labor in agriculture, with the goal of promoting sustainable and more equitable food systems.  Substantive foci of her program include social certification in agriculture, food safety regulation, immigrant and refugee farming, farmworker food security, and the political economy of organic agriculture. Her recent publications include: “Making the Business Case for Improved Farm Labor Conditions: Evaluating the Equitable Food Initiative Leadership Teams Model”; “Farm Size and Job Quality: Mixed-Methods Studies of Hired Farm Work in California and Wisconsin”; and “The Myth of the Protected Worker: Southeast Asian Micro-Farmers in California Agriculture; and Domestic Fair Trade in the United States.” Christy co-chairs the California Communities and Food Systems Program Team of UC’s Division of Agriculture and Natural Resources. She is also an affiliated faculty of the Berkeley Food Institute (BFI), and she serves on the BFI Executive Committee.

Dave Runsten is the Policy Director at the Community Alliance with Family Farmers (CAFF) in Davis, California, a California statewide organization that works to develop sustainable agriculture and local food systems. In addition to his policy advocacy for family farmers, he has created and manages outreach programs at CAFF on water use, food safety, and climate smart agriculture. He serves on the executive committee of the National Sustainable Agriculture Coalition and the policy committee of the Organic Farmers Association. He was previously the Associate Director of the North American Integration and Development Center in the School of Public Affairs at UCLA from 1995 to 2006, where his research focused on NAFTA, rural development in Mexico, immigration, as well as economic development in Los Angeles. From 1987 to 1993, he was research director at the California Institute for Rural Studies, where he directed the Working Group on Farm Labor and Rural Poverty. He studied economics at Stanford University and Agricultural and Resource Economics at the University of California at Berkeley.

Julie A. Su is a nationally recognized expert on workers’ rights and civil rights who has dedicated her distinguished legal career to advancing justice on behalf of poor and disenfranchised communities.  A  MacArthur Foundation “Genius,” Su was appointed by Governor Jerry Brown and assumed the position of California Labor Commissioner in April 2011, overseeing over 500 staff in 18 offices across the state.  A report on her tenure released in May 2013 found that her leadership has resulted in a renaissance in enforcement activity across the entire Division and record-setting results.  In 2014, Su launched the “Wage Theft is a Crime” multi-media, multilingual campaign to reach out to low-wage workers and their employers to help them understand their rights and feel safe speaking up about labor law abuses.  It is the first statewide campaign of its kind.

Prior to her appointment as Labor Commissioner for the State of California, Su served as the Litigation Director at Advancing Justice LA, the nation’s largest non-profit civil rights organization devoted to issues affecting the Asian American community.  In her 17 years as a civil rights lawyer, Su brought landmark lawsuits resulting in millions of dollars for low-wage workers and policy changes in California and the United States protecting immigrant victims of crime and human trafficking. Su has taught at UCLA Law School and Northeastern Law School.