Dockworker Power: Race and Activism in Durban and the San Francisco Bay Area 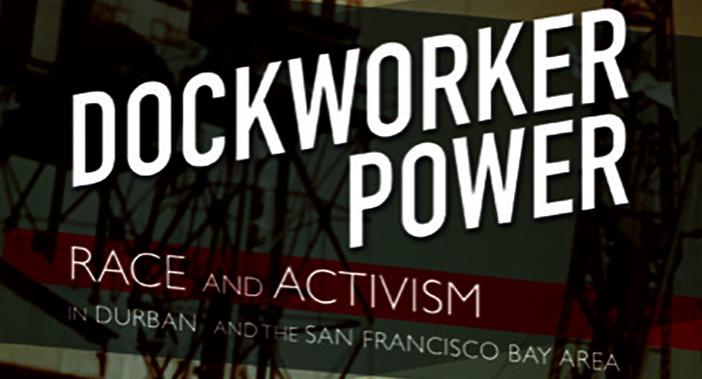 Dr. Peter Cole discusses his highly anticipated book – Dockworker Power. Often missed in commentary on today’s globalizing economy, workers in the world’s ports can harness their role, at a strategic choke point, to promote their labor rights and social justice causes. Cole brings such overlooked experiences to light in an eye-opening comparative study of Durban, South Africa, and the San Francisco Bay Area, California. Pathbreaking research reveals how unions effected lasting change in some of the most far-reaching struggles of modern times. First, dockworkers in each city drew on longstanding radical traditions to promote racial equality. Second, they persevered when a new technology–container ships–sent a shockwave of layoffs through the industry. Finally, their commitment to black internationalism and leftist politics sparked transnational work stoppages to protest apartheid and authoritarianism. Dockworker Power brings to light surprising parallels in the experiences of dockers half a world away from each other. It also offers a new perspective on how workers can change their conditions and world.

Peter Cole is a professor of history at Western Illinois University and a Research Associate in the Society, Work and Development Institute (SWOP), University of the Witwatersrand. He is the author of Wobblies on the Waterfront: Interracial Unionism in Progressive-Era Philadelphia.

This event is co-sponsored by the American Cultures Center, History Department, Ethnic Studies Library, Office of Undergraduate Research & Scholarships, Institute for Research on Labor & Employment, and the Center for Labor Research & Education.