Beaten Down, Worked Up: The Past, Present, and Future of American Labor 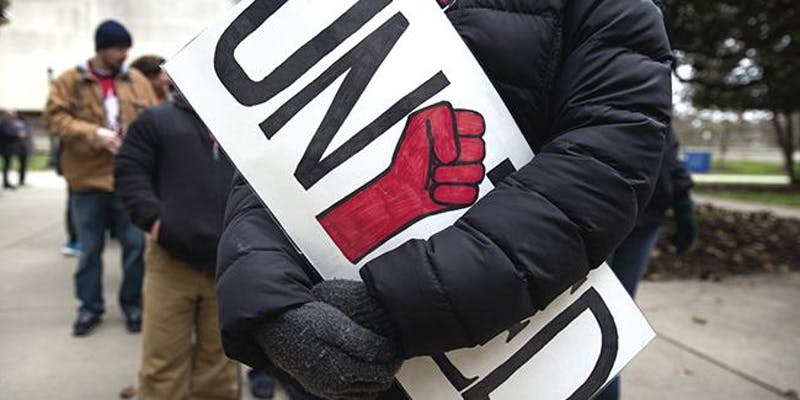 Join us for a conversation with book author and longtime New York Times labor correspondent, Steven Greenhouse. His latest book, Beaten Down, Worked Up: The Past, Present, and Future of American Labor, is an in-depth look at working men and women in America, the challenges they face, and how they can be re-empowered.

About Beaten Down, Worked Up

In an era when corporate profits have soared while wages have flatlined, millions of Americans are searching for ways to improve their lives, and they’re often turning to labor unions and worker action, whether #RedforEd teachers’ strikes or the Fight for $15. Wage stagnation, low-wage work, and blighted blue-collar communities have become an all-too-common part of modern-day America, and behind these trends is a little-discussed problem: the decades-long decline in worker power.

Steven Greenhouse sees this decline reflected in some of the most pressing problems facing our nation today, including income inequality, declining social mobility, the gender pay gap, and the concentration of political power in the hands of the wealthy. He rebuts the often-stated view that labor unions are outmoded–or even harmful–by recounting some of labor’s victories, and the efforts of several of today’s most innovative and successful worker groups. He shows us the modern labor landscape through the stories of dozens of American workers, from G.M. workers to Uber drivers, and we see how unions historically have empowered–and lifted–the most marginalized, including young women garment workers in New York in 1909, black sanitation workers in Memphis in 1968, and hotel housekeepers today. Greenhouse proposes concrete, feasible ways in which workers’ collective power can be–and is being–rekindled and reimagined in the twenty-first century.