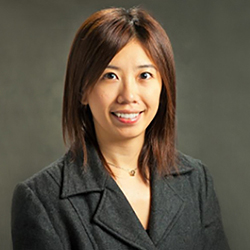 Yu-Ling Chang is an assistant professor in the UC Berkeley School of Social Welfare. Professor Chang began her career as a frontline social worker in Taipei, Taiwan. After receiving her doctorate from the University of Washington, she worked for the Washington State Budget and Policy Center looking at the impact of public income assistance programs on low-wage work and poverty in Washington. We talked with her about what she’s working on now and what she thinks is the biggest issue facing workers today.

Q: What brought you to Berkeley?
Berkeley is a place where excellent scholars and students from across the globe come together to study the world’s challenges and to ultimately improve the world. I came to Berkeley in 2016 after accepting an assistant professor position focusing on poverty and income inequality at the School of Social Welfare. My scholarship and professional experience addresses the relationships between poverty, inequality, and social welfare policies. I research both the process of policymaking and the consequences of social welfare policies for the economically disadvantaged populations in the U.S. and around the world.

Q: What are you working on right now?
I’m working on a project that explores the association between multiple social safety net program participation and the employment trajectories of low-income single mothers during and after the Great Recession. Findings from this research will inform policy decisions on how combining different income support packages may increase the employment stability and reduce poverty among single-mother families.

Q: Now, how would you explain that to your mother or next door neighbor?
I am researching how government welfare programs can best help one of the most economically-vulnerable populations in the United States—single-mother families—to stabilize their employment and economic well-being, particularly during economic bad times.

Q: What do you think is the number one issue facing workers today?
The risk of the middle class falling into poverty is getting higher. However, there has been less public support for social safety net programs that redistribute public resources to low-income families and low-wage workers.

Q: What raised your consciousness about the challenges facing regular working people?
I was a frontline social worker at a public welfare center providing income support and employment services to individuals and families suffering unemployment and economic hardship during the global economic recession in the late 2000s. This position contributed to my understanding of the connections between global economic forces and social conditions at the local and community level. I have dedicated myself to research on social policies that address poverty and economic inequality in order to improve economic resources for vulnerable populations.

Q: What do you think the role of academic scholarship and data is in really improving the lives of working people?
I think rigorous research from academic scholarship plays an important role in informing the policymakers as well as the general public. Data analysis is the key to systematically understand the lives of working people. For example, by using policy data and micro family survey data, researchers can examine the effectiveness of public policies and inform decision making that allocates and distributes public resources to achieve economic equity.

Q: If you weren’t a professor at Berkeley what would you be doing?
I would be a policy analyst at a non-partisan research institute.

Yu-Ling Chang’s scholarly interests focus on the relationships among poverty, inequality and social safety net programs. Her research addresses both the process of policymaking and the consequences of public policies for economically disadvantaged populations. Her research agenda is informed by her professional experiences serving and advocating for individuals suffering economic hardship during the global economic recession in the late 2000s.

Dr. Chang earned her Bachelor of Social Work (BSW) and Master of Social Work (MSW) from National Taiwan University. She also holds a PhD in social welfare from the University of Washington, with a concentration in public policy and management and a certificate in statistics track in social science.