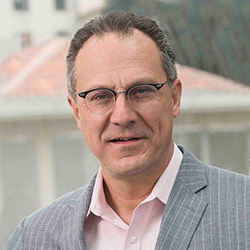 Sean Farhang is Professor of Law, Political Science, and Public Policy. His research interests focus mainly on civil litigation, and the role of litigation and courts in regulatory implementation, with a particular interest in the political and institutional forces that shape it. His first book, The Litigation State: Public Regulation and Private Lawsuits in the U.S. (Princeton University Press, 2010), examines the sources of private litigation in the enforcement of federal law, stressing Congress’s role in enacting incentives calculated to mobilize this form of regulatory implementation in the American separation of powers context.  The book won the American Political Science Association’s Kammerer Award for the best book in the field of U.S. national policy. His second book, Rights and Retrenchment: The Counterrevolution Against Federal Litigation (with Stephen Burbank, Cambridge University Press, 2017), examines the emergence and development of the political and legal movement to restrict opportunities and incentives for private enforcement of federal law through litigation. His work on the institutional and political dimensions of American civil justice has also appeared in numerous social science and law journals.