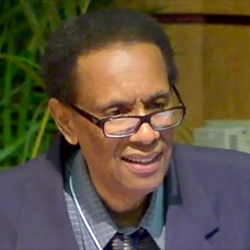 Michel S. Laguerre, Ph.D., Social Anthropology, University of Illinois at Urbana-Champaign, is Professor and Director of the Berkeley Center for Globalization and Information Technology at the University of California at Berkeley. He was a visiting scholar in the anthropology department at Harvard University in 1991-2 and in the program in Science, Technology and Society at the Massachusetts Institute of Technology (MIT) in 2001-2. In 1994-5, he held at UC Berkeley the Barbara Weinstock Lectureship on the Morals of Trade. His areas of academic interest include contemporary social theory, information technology, Transnational diaspora politics, globalization, and global metropolitan studies. His new volume entitled The Multisite Nation is forthcoming.