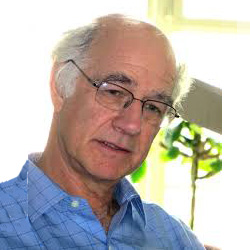 Michael Burawoy has been a participant observer of industrial workplaces in four countries: Zambia, United States, Hungary and Russia. In his different projects he has tried to illuminate — from the standpoint of the working class — postcolonialism, the organization of consent to capitalism, the peculiar forms of class consciousness and work organization in state socialism, and, finally, the dilemmas of transition from socialism to capitalism.

Over the course of four decades of research and teaching, he has developed the extended case method that allows broad conclusions to be drawn from ethnographic research. The same methodology is advanced in Global Ethnography, a book coauthored with 9 graduate students, that shows how globalization can be studied “from below” through participating in the lives of those who experience it. No longer able to work in factories, he turned to the study of his own workplace – the university – to consider the way sociology itself is produced and then disseminated to diverse publics. His advocacy of public sociology has generated much heat in many a cool place. Throughout his sociological career he has engaged with Marxism, seeking to reconstruct it in the light of his research and more broadly in the light of historical challenges of the late 20th and early 21st. centuries. He is the editor of Global Dialogue, the newsletter and magazine of the International Sociological Association.