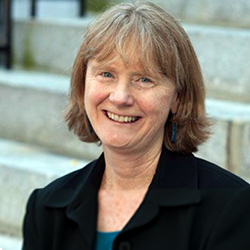 Professor Weir received her Ph.D. in Political Science from the University of Chicago in 1986. Her research and teaching fields include American political development, urban politics and policy, political sociology, and comparative studies of the welfare state.

She has written widely on the politics of social policy and inequality in the United States and Europe.

Weir is currently working on a study of metropolitan inequalities and city-suburban politics in the United States. She is director of the MacArthur Network on Building Resilient Regions, a member of the American Academy of Arts and Sciences and the coauthor of a textbook on American government, We the People (New York: W.W. Norton: 2009). Prior to coming to Berkeley, Weir taught in the Harvard Government Department and served as Senior Fellow at the Brookings Institution in Washington, DC.

Margaret Weir is a former director of the IRLE.