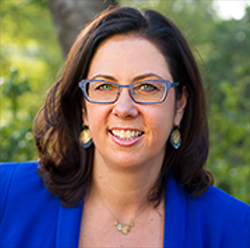 Laura Kray is the Warren E. and Carol Speiker Professor of Leadership at the Walter A. Haas School of Business, University of California at Berkeley, where she has been on the faculty since 2002.

First, she is interested in how gender stereotypes influence women’s success in business. Specifically, her research explores how women and men differ in their reactions to ethical compromises in the name of profit and status. She also studies how negotiation is a gendered activity that disadvantages women by placing them in a catch-22, whereby it is more difficult for women than men to achieve both economic and social rewards for negotiating.

Second, she is interested in how counterfactual thinking, or considerations of”what might have been”, affect how information is processed, how problems are solved, and how identity is formed. Her research finds that counterfactual thinking enhances meaning by increasing the perception that reality was meant to be. Her most recent research finds a gender difference in fate cognitions, with women more likely to attribute specific life events to fate than men. This difference derives from gender differences in how the self is construed. Because women are more relational than men, women are more likely to see events with relational implications as meant to be.