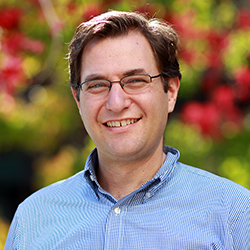 Jesse Rothstein is a professor of public policy and economics. He joined the Berkeley faculty in 2009. He spent the 2009-10 academic year in public service, first as Senior Economist at the U.S. Council of Economic Advisers and then as Chief Economist at the U.S. Department of Labor. Earlier, he was assistant professor of economics and public affairs at Princeton University. He received his Ph.D. in economics from UC Berkeley in 2003.