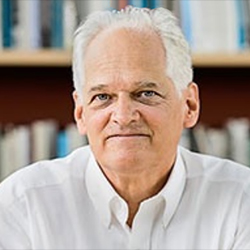 Ziegler’s current research focuses on two main projects. His current book project analyzes the politics of institutional change in Germany and Europe. The book highlights the problem of maintaining institutions that provide long-term social infrastructure over multiple generations, while also adapting them to changing circumstances. Key examples include the politics of pension reform, corporate governance, and citizenship rules. Increasingly, the regulation of financial markets also looks like an institutional task with inter-temporal preconditions and consequences. His second main project therefore compares the regulation of financial markets in the United States as well as Europe. Findings to date show that new interest formations are taking shape around differing conceptions of financial stability and risk. This project includes papers on the passage of the Dodd-Frank reforms in the United States, the post-enactment politics of implementing new regulations in the United States, the changing dimensions of competition in the derivatives business, and the comparative politics of structural reform or bank separation in the United States, the UK, France, Germany, and Switzerland.

Ziegler received a B.A. in European Cultural History from Princeton and a Ph.D. in Political Science from Harvard University.