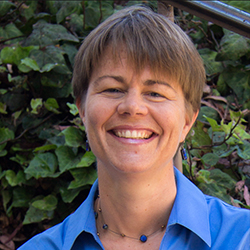 Professor Irene Bloemraad is a UC Berkeley sociologist and a leading expert on immigration. She holds the Thomas Garden Chair of Canadian Studies at Berkeley and is the co-founder of the Berkeley Interdisciplinary Migration Initiative, a joint project of faculty, researchers, and students that explores such timely issues as refugee crises, human rights, immigration, nativism and border control concerns.

What brought you to Berkeley?
A job offer! When people move – or migrate – it is often for work opportunities. I’m no different. In addition, Berkeley’s sociology department is one of the best in the world, with exceptionally welcoming colleagues and wonderful students, at the undergraduate and graduate levels. I’m very proud that I teach in a public institution that includes students from diverse economic and cultural backgrounds.

What are you working on right now?
I have a few different projects, all focused on the implications of immigrant-generated diversity for advanced liberal democratic societies. How do we reconcile diversity and democracy in a country like the United States, in Canada or in Europe?

One of my recent papers looks at how US-born teenagers who are growing up in immigrant families in the Bay area view what it means to be “American.” Many are growing up in low-income homes, and in some cases, their parents do not have citizenship or residence papers.

A co-author and I compared their views on being American to those of college students attending elite private universities on the East Coast. We found that in addition to “civic” notions of Americanness – that it is about living in a democracy, for example – some Bay Area teens mentioned that being American means being white. Since these young people are of Chinese, Vietnamese and Mexican background, this placed them outside the circle of membership. On both the East and West coasts, some of those we interviewed also mentioned economic conceptions of being American, but the way they did so varied. Among the students attending an elite college, a number mentioned that economic opportunity was central to Americanness. In contrast, when teens in the Bay Area mentioned economic conceptions of Americanness, it was either about their exclusion – they don’t live in the sorts of homes that popular culture associates with middle-class status – or they underscored current economic contributions, such as paying taxes and working hard. For some teens, this language of economic contribution allows them to include their undocumented or noncitizen parents in notions of “Americanness.” So, economic ideas about membership can cut in multiple ways: exclusion for some, inclusion for others.

What do you think the role of academic scholarship and data is in really improving the lives of working people?
Making good public policy requires balancing multiple concerns: a community’s values, available resources, residents’ relative needs and vulnerabilities, the political pressure of constituents and various interest groups, and so forth. In these debates over what to do, people and organizations make all kinds of claims.

A critical role for academics is to evaluate those claims with empirical data and then hopefully inform decision-making by providing information and transparent analyses.

If you weren’t a professor at Berkeley what would you be doing?
Probably working for the Canadian government, either in the foreign service or as a policy-maker in Ottawa. I was on a path to government service at the end of college, but an intersection of academic opportunity and family circumstances shifted me into academia.

Irene Bloemraad (Ph.D. Harvard; M.A. McGill) is Professor of Sociology and the Thomas Garden Barnes Chair of Canadian Studies at Berkeley. She is also a Senior Fellow with the Canadian Institute for Advanced Research and is serving in 2014-15 as a member of the U.S. National Academies of Sciences committee reporting on the integration of immigrants into American society.

Irene Bloemraad studies how immigrants become incorporated into political bodies and the consequences of their presence on politics and understandings of membership. Her research stands at the intersection of immigration studies and political sociology, with a strong interdisciplinary (and international) scope. It falls into four broad areas: Citizenship & Multiculturalism, Immigrant Community Organizations, Political Socialization in Mixed-Status Families, Diversity & Democracy.

Irene Bloemraad also has interests in national identity, social movements and immigration legislation. She also writes on comparative research methods, which flows in part from her undergraduate and graduate teaching of research methods.

Beyond traditional undergraduate and graduate classes on immigration and research methods, she has also developed community service classes through the American Cultures Engaged Scholarship program. These combine academic learning with community internships in nonprofit organizations such the East Oakland Youth Development Center and Centro Legal de la Raza. Some of this work with EOYDC is highlighted here.