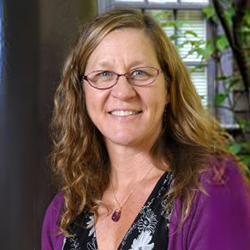 Hilary Hoynes is a Professor of Economics and Public Policy and holds the Haas Distinguished Chair in Economic Disparities at the University of California Berkeley. She is the co-editor of the leading journal in economics the American Economic Review.

Hoynes specializes in the study of poverty, inequality, food and nutrition programs, and the impacts of government tax and transfer programs on low income families. Current projects include evaluating the effects of the access to the social safety net in early life on later life health and human capital outcomes, examining the effects of the Great Recession on poverty and the role of the safety net in mitigating income losses, and estimating the impact of Head Start on cognitive and non-cognitive outcomes.

Currently, Professor Hoynes is a member of the American Economic Association’s Executive Committee, the Federal Commission on Evidence-Based Policy Making, and the advisory committee of the Stanford Institute for Economic Research.

Hoynes received her PhD in Economics from Stanford in 1992 and her undergraduate degree in Economics and Mathematics from Colby College in 1983.