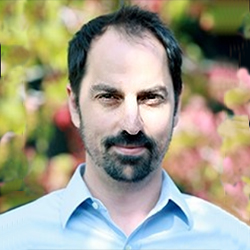 David Riley’s work uses comparative and historical methods to challenge a set of key conceptual oppositions in classical sociological theory: authoritarianism and democracy, revolution and counter-revolution, and state and society. Marx, Weber and Durkheim all in different ways conceptualized societies as sharply contrasting wholes: feudal or capitalist, traditional or modern, segmented or interdependent. Yet a growing body of theory and research challenges this dualistic approach. For example recent scholarship questions the opposition between absolutism and constitutionalism; the contrast between capitalism and pre-capitalism; and the opposition between democratic and authoritarian societies. Riley extends this work by investigating how techniques of social organization and political control migrate across historical, geographical, and ideological boundaries thus undermining the sharp conceptual contrast between types of social structures. Riley has done this in three main substantive areas: the comparative analysis of regimes, the study of political movements, and state-society relations.
Riley has started a new project investigating the connection between the meaning and substance of democracy in interwar and post-war Europe.